Nepal with Clowns without Borders.

In February/March 2017, Anita Bertolami went to Nepal in collaboration with Clowns without Borders Germany and Shilpee Theatre, Nepal. Together with her Nepali friend Yubaraj Ghimire and the European artists Anita Fricker and Shiva Grings, the group developed a clown show to be played in schools and villages. They gave clown workshops to local actors at the Shilpee Theatre in Kathmandu, as well as in two theatres in rural areas. On top of that they made a documentary about their trip. and wrote a Blog. 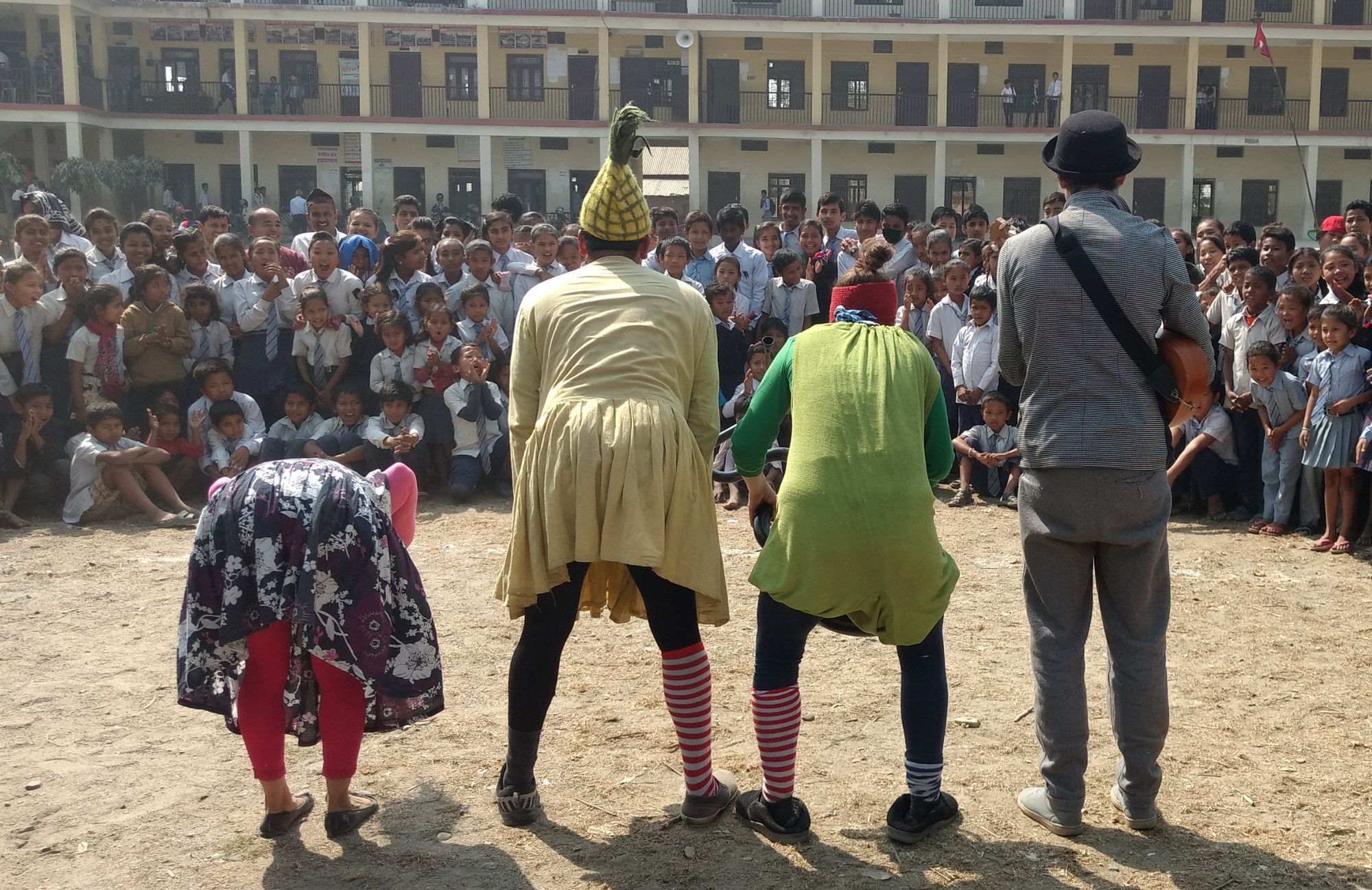 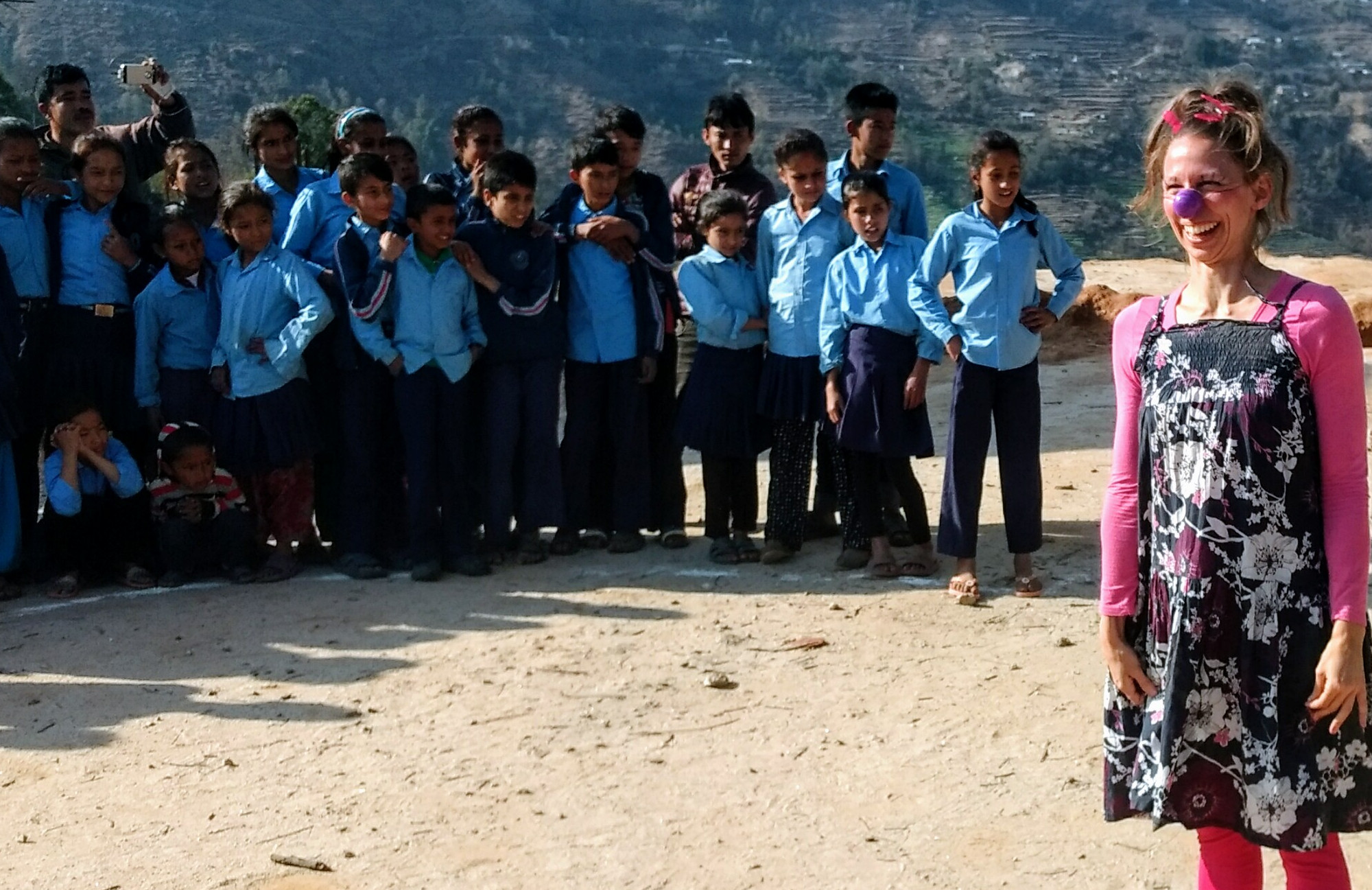